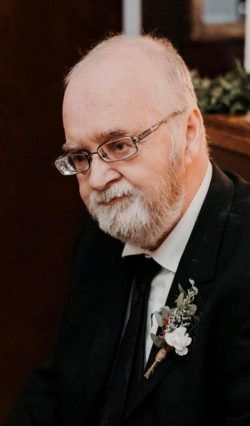 On Sunday, November 6, 2022, T. Bruce McKay, a beloved father, brother and son, passed away, after many health battles. Born to Reva Avery and Richard McKay in 1961, he spent most of his life growing up in St. Stephen, New Brunswick. In later years, he moved to Saint John, where he began a career of entrepreneurship.

He was predeceased by his Mother Reva and Father Richard, and Aunt Sandra Gowan.

For those who wish, donations may be made to the Heart and Stroke Foundation of Canada or a charity of one’s choice. Condolences may be sent to the family online at www.mehanfuneralhome.ca