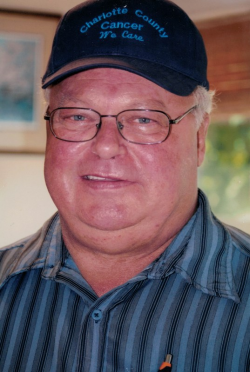 Barry C. Anderson passed away at home early Sunday morning September 11, 2022 holding Pauline's hand and his little and beloved dog Gracie by his side.

Barry was born in McAdam, NB on December 11, 1948 He was predeceased by his parents Charles Wilbur Anderson and Annabelle Pearl (Ketch) Anderson, his oldest sister and the first-born member of the siblings, Margaret Rose Anderson, his older brother William Hazen Anderson and brother-in-law William MacDonald.

What can one say about Barry! Here are some of the things his children had to say about their Dad.

Paul-Dad loved the farmhouse and especially the old barn where we lived on the Murphy Road. My friend Stacey and I enjoyed celebrating Dad's birthday singing to Garth Brooks songs on karaoke one year. Dad celebrated each one of our graduations in a big way with live music, lots of BBQ delights and dancing in and out of his beloved barn. There were many such celebrations over the years. I got my work ethic from Dad. In my teens I accompanied him on numerous trips when he worked for Mayflower Moving. It was very exciting to be part of that and that Dad even allowed me to help load and unload. I learned a lot and saw for myself how hard he worked and that inspired me to always give my best in the jobs I have had.

Debbie-I'll always remember Dad's zest for life and his helping others with a generous and giving heart. I say this to honor Dad and his immense capacity to love that still lives on in the many he's cared for and touched. I'll always remember and greatly appreciate the sacrifice he made in faithfully sticking with jobs that had him on the road for days and weeks at a time, maneuvering a rig and roads that would be a daunting task for most but he made it look so easy with his proficient skills and abilities. His hearty laugh and love for music will forever resonate with me. Even his granddaughter Cas mentioned that one of the fondest memories that came to her mind was driving in the truck with Grampy listening to "Kiss an Angel Good Morning".

Susan-I loved how Dad was always able to crack a joke no matter if he was happy or sad. He loved to sing and lots of times he made up his own words to a song to make us all laugh. I admired that in him so much. Dad and I would share jokes and messages constantly and there were many times when we both couldn't sleep and we would keep sending stuff back and forth to crack each other up. In my older years I grew closer to Dad and loved that I was able to laugh, cry, talk about politics and 'talk like a trucker' with him all in one conversation.

Barry was a member of the Knights of Columbus. He took to heart what they stood for and selflessly volunteered his time to help where and when he could. He worked for the church on a volunteer basis for several years and was on call 24/7. He handled maintenance, cleaning, scheduling, snow shovelling, lawn mowing, funeral team, serving on the altar, cleaning the rectory, cleaning and maintaining St Patrick's Hall, working the canteen at bingo, helping with suppers, helping the priest and just anything and everything that needed doing. During the ice storm he organized a thank you meal for all the power commission and other service workers in town which was held at St Pat's Hall. Besides working for his church Barry did volunteering in the community for Charlotte County Cancer. He helped bring the walk to St Stephen. He also volunteered at Charlotte County Hospital and the St Stephen Food Bank. Whatever Barry undertook he did so with a vengeance. Oftentimes people would call out of the blue for his help because they knew he would do his very best to get them the help they needed.

During the time Barry worked at St Stephen's Catholic Church he and his friends congregated for morning coffee at the Milltown Irving, fondly referred to as 'the office.' When he was no longer able to carry on his volunteer duties at the Milltown church he relocated to McDonald's for his coffee chats.

He was a truck driver most of his working career. Before trucking full time, he worked at the Save Easy, Haley Lumber, the Hockey Stick Plant and for a 3-year period he & his brother Bill ran a frozen food business where he gave away as much as they sold. At the same time, he cut cleaning rags for a number of businesses in the area.

There was a lot more to Barry Anderson than meets the eye. Suffice it to say that he was God fearing, loving and extremely generous and big-hearted person who will be missed by his family and friends and the many he helped in the course of his 73 years here on earth. Rest in peace dear husband. You suffered enough over the past year.

For those who wish, donations to a charity of one’s choice would be appreciated by the family. Condolences may be sent to the family online at www.mehanfuneralhome.ca

Barry's family wishes to mention and to thank all who supported him over the course of his illness...Dr Norman Lister, Extra Mural nurses especially his primary nurse, Samatha; current priest Fr. Dass and former pastor Fr. Suresh; pastors and members from other Christian churches in St Stephen who came to pray with and for him, visitors who came to cheer him up; those who sent Get Well cards, made phone calls, sent online well wishes, dropped off food; nurses and doctors of Charlotte County Hospital and the EMTs who came to our rescue too many times to mention during the past year. Also, appreciation to Alward Mehan and staff for their invaluable assistance. 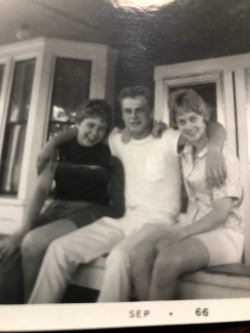 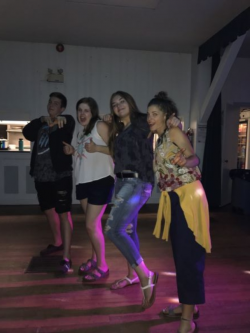 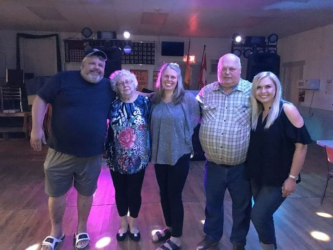 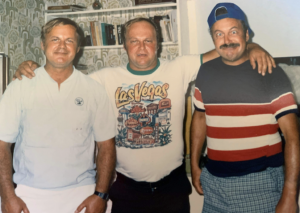 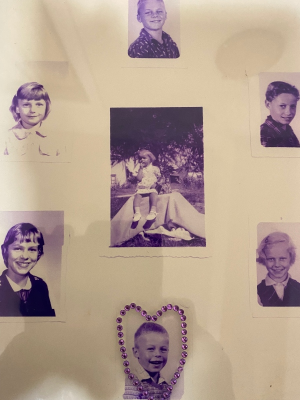