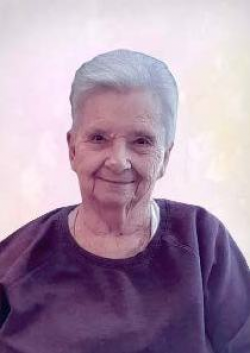 Janet G. Sloan passed away peacefully at Waulklehegan Manor, McAdam NB. on Friday, September 9, 2022 with family by her side.

Born in 1934, daughter of the late Joe and Mabel Meating.

Those who knew Janet know that her family meant the world to her. She was a strong woman dedicated to her faith, baked the most delicious treats and always had a set of knitting needles in her hands.

In addition to her parents, Janet was predeceased by her loving husband, Elwood Sloan and brother Jim.

Funeral service will be held at St. George's Anglican Church in McAdam NB on Saturday October 8th at 2 PM. Visitation will be held at the church on Friday, October 7th from 2-5 pm.

For those who wish, donations can be made to St. George's Anglican Church in Janet's memory. Condolences may be sent to the family online at www.mehanfuneralhome.ca