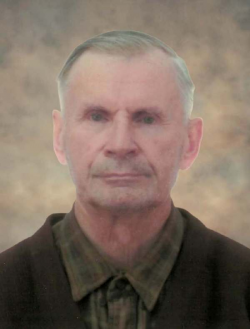 After a period of failing health Clayton L. Orchard died unexpectedly Saturday, September 3, 2022 at his home. Clayton was born at White’s Cove to Ray K. and Beulah (Miller) Orchard on February 12, 1944.

Shortly after his birth, his family moved to a farm at Maugerville ( now the site of Moxon’s Country Pumpkin).

In 1950, the family moved to the farm on the Old Bay Road near St. Stephen. He attended school at Crocker Hill, Upper Mills and St. Stephen where he graduated class of 1962. After graduating, he became an apprentice electrician and took an Electrical Construction Course at N.B. Community College at Moncton. He worked for Flakeboard, Richard’s Electric, and Delta Electric earning his Journeyman and Interprovincial Certification. He worked on the Centennial Building in Fredericton and was electrical foreman for Chipman’s Meat Plant, Zellers, and the N.B. Fish Hatchery at Mactaquac.

In 1967 he married Lorna Colpitts from Bateman’s Settlement, and they had three daughters Julie, Dora, and Beatrice. He became an electrical Trade Training teacher at Oromocto High School. He built a family home at Waasis with the help of fellow teacher and friend, David Ashley.

After retirement, he moved to the family farm at St. Stephen and continued the gardening, haying and woodlot management as he had done during vacations. He added a few Jersey Cows and made and sold homemade butter. He worked at his at his farm equipment building and adapting as needed.

Survived by his wife of 55 years Lorna (Colpitts) and children Julie, Dora, and Beatrice, grandchildren Kenneth, Duncan, Jessica, and Sabrina. Clayton is also survived by his sister-in-law Jenny Orchard, nieces and nephew.

In addition to his parents, Clayton was predeceased by his older brother, Lawrence Orchard.

Clayton will be greatly missed.

For those who wish, donations to a charity of one’s choice would be appreciated