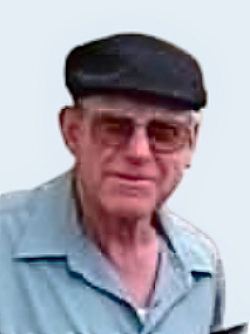 Chester "Chet" C. Getchell, also known fondly as "Bubby" by all his grandchildren/great-grandchildren, passed peacefully at the age of 91, at the Saint John Regional Hospital later in the evening of Thursday, June 16 ,2022.

Born in Calais, Maine, he was a son of the late Curtis & Mildred Getchell. In addition to his parents, he was predeceased by infant sister Dorothy, sisters, Pauline and Bea, brother David.

He married the love of his life Elaine F. (Weeks) Getchell in 1957. They would have celebrated their 65th wedding anniversary June 26th of this year.

A huge portion of his life was spent employed as foreman by Southwest Concrete & Const. Ltd. Formally known as Jacksons & Sons Const. Ltd. (I.L Jackson) Circa 1958 through 1998.

He enjoyed spending time at his wood lot, cutting wood and running his tractor. He was a hard man to slow down. You could typically find him outside tinkering away at something or other. These activities seemed to complete him. Right up until the time of its closing, you could find him most mornings at the local A&W enjoying a coffee and sandwich with his entourage.

A private service for immediate family, will be held at a later date.

For those who wish, donations in Chester’s memory can be made to an organization of your choice. Condolences may be sent to the family online at www.mehanfuneralhome.ca