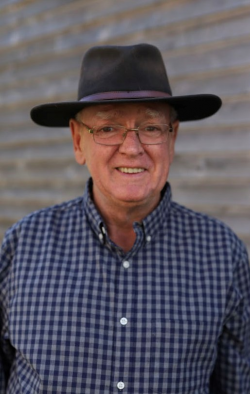 It is with sadness that the family of Gene Lindsay announce his passing at the Charlotte County Hospital, St. Stephen, NB. on Friday, June 17, 2022.

Gene was a devoted family man, a hard worker, and loved the simple things in life. He especially loved a good game of washers, a competitive game of crib, and relaxing at the campground.

In his earlier years, he is remembered for pitching for the Moores Mills Millionaires softball team and bowling at the Saint Croix Bowling Club. But his most cherished moments were at home spending time with his family.

Gene's work career was spent as a woodsman before venturing to Dexter Construction and then to D.O.T before finishing his career as a school bus driver.

For those who wish, donations to Charlotte County Cancer Society, Heart and Stroke foundation or a charity of one’s choice would be appreciated. Condolences may be sent to the family online at www.mehanfuneralhome.ca

Gene aka Dad, Papa Bear, and Grampy was loved and will be missed by so many. But his vivacious attitude will consume our hearts and memories and make us smile for the remainder of our lifetime.

We love you so much.