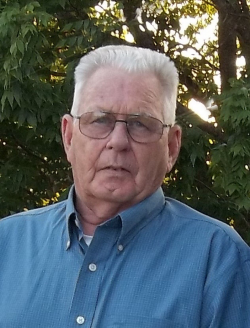 William "Bill" Bentley died at home on Friday, January 7, 2022, after a courageous battle with cancer.

At a young age, Bill and his family moved to Montreal, Que. and then to Burlington, Vt. After he graduated from high school, he enlisted in the US Army and was deployed to Vietnam from 1968 – 1969 with the Delta CO. 2nd. /60th.9th Infantry Division and came home with a Purple Heart.

In 1972 he married Helene Beaulieu and then in 1974 they moved back to St. Stephen into his former home on Pomeroy Ridge where they have lived ever since.

Bill was known though out the area as a master carpenter and craftsman and could often be found working in this shop building anything from decoys and birdhouses to cabinets.

He enjoyed being outdoors and loved fishing, hunting, and working with his new sawmill.

Cremation has taken place and a celebration of his life will be held at the Pomeroy Ridge Cemetery, Pomeroy Ridge, NB on Thursday, June 23, 2022 at 1 PM.

For those who wish, donations in Bill’s memory can be made to an organization of your choice. Condolences may be sent to the family online at www.mehanfuneralhome.ca