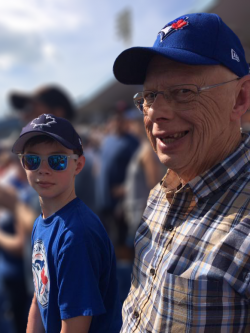 Cecil W. Nelson passed away at the Charlotte County Hospital, St. St. Stephen, NB, after a brief illness with his family by his side, on January 4, 2022.

Born in Edmonton, Alberta, son of the late Raymond and Marion (Smith) Nelson.

Cecil was a family man who spent his life caring for his children and grandchildren.  They were his world. He was an avid reader and a huge Toronto Blue Jays fan. He also spent many summers coaching minor baseball to the youth in St. Stephen.

In addition to his parents, Cecil was predeceased by his wife, Beverly (Matheson) Nelson.

A graveside service at the St Stephen Rural Cemetery, St Stephen, NB will be held at a later date in the spring. By request, there will be no visitation.

For those who wish, remembrances to Juvenile Diabetes, Food Bank or a charity of one's choice would be appreciated by the family. Condolences may be sent to the family online at www.mehanfuneralhome.ca

The family would like to thank Dr. Muhammed & Dr. Kay, and especially the nurses at the Charlotte County Hospital for their care and compassion. Also, a special thanks to the oncology nurses at the Regional Hospital for outstanding care, including homemade milkshakes, and surprise Tim Hortons coffee runs, while family were not permitted to visit. 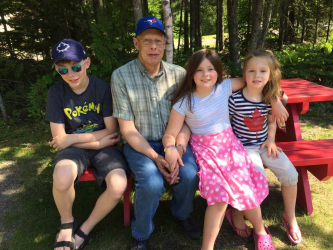 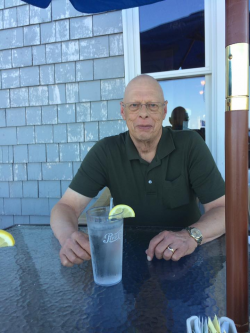