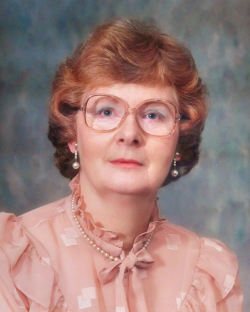 The life of Diana Hartley Boyd is the story of a life well lived: of triumph over tragedy, selfless service to others, and the empowerment of women. She was a private person who preferred working and helping people behind the scenes rather than being out in front. She did not talk much about herself or her past, even to her children, preferring to focus on the present and helping others in her community. Often referred to as "Lady Di" by her friends because of her beautiful voice with its British accent, she gave willingly of her time and resources to community organizations. Especially dear to her heart were the Kirk McColl United Church of Canada, the St. Croix Public Library, the IODE (Imperial Order Daughters of the Empire), and the Transition House (a refuge for battered women and their families).

Diana and her twin sister Pauline were born to Eleanor and Alfred Hartley in Cricklewood, London, UK on 13 May 1926; sisters to Sheila Hartley age three. Her mother, Eleanor, was a true East End Cockney, born at Victoria Park within the sound of Bow bells. After her first husband was killed in France in the First World War, Eleanor married Percy Alfred Frederick Hartley, a master carpenter. Four years later, he disappeared and unable to raise the girls on her own, Eleanor placed the twins in a National Children’s Home in London and Sheila in an orphanage, stipulating that they were not to be adopted. Eleanor began writing for women’s magazines and became a newspaper reporter for The Times of London.

During the bombing blitz of the Second World War, the three children were sent to orphanages outside of London for safety. Diana never talked very much about her years in the orphanage -- her children learned about her early history only after they were adults – but clearly they were important in shaping her view of the world and how one handles adversity. When the twins graduated from high school, they both found work in London; Diana as a secretary for the Office of Overseas Trade. Years later, in reminiscing about her life as a Canadian war bride [weblink], Diana talked about spending nights in air raid shelters when the Germans dropped bombs on London and living with rationing due to the shortages that persisted long after the war.

It was during that time period that she met Garnet (Gary) Allison Boyd, a Canadian naval officer seconded to the British Air Command at Arbroath, Scotland.  They met at a  Sunday tea dance where Garnet often told the story that he looked across the dance floor and saw this tall, beautiful redhead and told the person standing next to him that he was going to marry her. And he did -  but not immediately.

When the war ended in 1945, Garnet went back to Canada and they wrote to each other. He returned by ship a year later. The story is that he threw pebbles at Diana’s second-floor window at night and proposed to her. Diana was 20, too young to be married without a parent’s consent. With Garnet’s help, she was able to find her mother in Banbury, UK, at which point, Diana and her twin sister discovered they had an older sister. The young couple married in December 1946; Garnet returned to Canada; and after a long and arduous voyage on the Aquitania in 1947, Diana reunited with Garnet in Halifax. The couple settled in St. Stephen, NB., close to the village of McAdam where Garnet had been raised by adoptive parents Ethel and Stanley Boyd after he too had been placed in an orphanage when his mother was left alone to raise several children.

Garnet opened a refrigeration and oil heating business in St. Stephen. Their first child, Lorraine Alison Boyd, was born in 1948 and son, David Kevin Richard Boyd, in 1951. The young family moved to Quebec and then to Moncton, NB where Garnet worked as a refrigeration engineer for Kelvinator. In 1955,  Bryan Reginald Boyd was born. That year Don Messer first met Garnet, which led to a lifelong friendship and Garnet’s music being played regularly on Canadian radio and TV. (One of Garnet’s songs, "Open the Book", was the overture for the NFB movie "The Singing Lumberjack" [weblink].)

Another tragedy occurred in 1957 when Garnet was blinded in a freak automobile accident [weblink]. Diana had three children ranging from ages one through eight; did not have check signing authority nor drive a car; and Garnet was in hospital for nearly a year. Friends and family provided support during this hard time. As a blind engineer, Garnet was unable to return to his old line of work so they decided to move back to St. Stephen and switch roles: Diana went to work as a secretary at Flewelling Insurance Company; Garnet stayed home to raise the children. Role reversal was unheard of in the 1950s but St. Stephen residents soon became comfortable seeing Garnet walking around town with his Seeing Eye dog, playing the piano at Legion dances, and doing refrigerator repairs with the assistance of his children.

Diana became active in community organizations such as the St. Croix Library, the Kirk McColl Church where she sang in the choir for many years, and the IODE. She also acted in plays such as "Arsenic and Old Lace."  She loved working with other women on projects to better their community. For example, together with her friend Betty Smith, Diana provided a "flower ministry" for the church for nearly 20 years recycling and delivering flowers to shut-ins. Diana once gave a sermon on the flower ministry, explaining how delivering flowers could brighten the days of the ill and elderly. She was well-known for her love of daisies, teddy bears, and a good cup of tea: coping mechanisms for life’s many problems.

Both Diana and Garnet were involved in NB politics. Diana was a strong believer in women’s rights and a member of the first Status of Women Commission for the Province of New Brunswick.  Garnet lobbied for and wrote the first legislation in Canada permitting Guide Dogs for the Blind on buses and trains, which later received an NB Government award for Disability Awareness. For 18 months, he wrote a column "Boyd’s Eye View" for the St Croix Courier, and visited schools to teach children about blind persons and Guide Dogs.

Their children grew up, graduated from high school, and left for college. Granddaughter Jessica Eden was born in 1977 to Lorraine and her first husband, Ron Eden. Garnet’s hearing grew worse as he aged (complications of his war service) and in 1983 he passed away suddenly from a stroke. Diana, after recovering from cancer, began in the late 1980s to travel. She made several visits to her sisters and their families in England, usually accompanied by good friends Betty Moulton, Dot Hyslop and Audrey McAllister. She especially loved visiting gardens.

Diana had a big heart and loved making gifts (she was a master knitter) and giving presents to family members and friends. Like many individuals who grew up during the Great Depression and the Second World War, she believed and practiced the adage "waste not, want not." Diana had the brilliant idea of collecting old jewelry; repairing and boxing it for sale at fundraising events for the church. For years, people gave her jewelry, which she prepared for sale at church bazaars, raising thousands of dollars for the church. Diana also came up with the idea of cutting up old greeting cards and recycling them into gift tags that could be attached to presents or placed on "angel trees", which the church did each December to identify needy children and families. Many women around the world have some of Diana’s gift tags and every time one is attached to a gift, a little bit of Diana is shared with them.

In 2006, Diana sold the family home on Queen Street and bought a home on Prince William Street with her son David.  He later retired from teaching at Appleby College, moved back to St. Stephen, and became a fulltime writer and author. In 2008, Diana had to cope with another tragedy – the loss of a child -- when her youngest son Bryan passed away suddenly. Over the years, she made many gifts in loving memory of  Garnet and Bryan.

Diana remained very active in the St. Stephen community until the COVID-19 pandemic in March 2020 forced her to retreat indoors. In May 2021, the IODE awarded Diana a 60-year pin and lifetime membership in the IODE in recognition of her many decades as a member of the IODE Atlantic Chapter and 70 years with IODE Canada. She was also honored by the St. Croix Library for her 60 years on the library board.  The Diana and Garnet Boyd Scholarship, given yearly to a female graduate of St. Stephen High School, was a source of deep pride for her.

In September 2021, Diana suffered a painful fall, which led her admission to the Charlotte County Hospital. She passed away in the hospital on October 25 after complications from a long-standing heart condition and pneumonia. The family would like to thank the doctors, nurses and staff at the hospital, especially the 2nd Floor Nurses’ Station, for their patience, support and devoted care to our mother during her illness.

A funeral service will be held at Kirk McColl United Church, 70 King Street, St. Stephen, NB on Wednesday, December 8, 2021, at 2 PM. with Rev. Dr. Mark Hatfield officiating. The family will receive friends at the church from 1-2 PM. For those who are not able to attend, the broadcast link will be available from the church's Facebook page at https://www.facebook.com/kirkmccoll

Please be advised, that due to mandatory regulations imposed by the New Brunswick government, everyone 12 years of age and older must show proof of vaccination or medical exemption certificate and government-issued ID to attend the funeral service and/or visitation. Face masks must be worn at all times while in the church.

The family requests that in lieu of flowers, a donation in Diana’s memory be made to the St. Croix Public Library, Kirk McColl United Church or the  Canadian Institute for the Blind. Online condolences and donations may be made at https://www.mehanfuneralhome.ca. 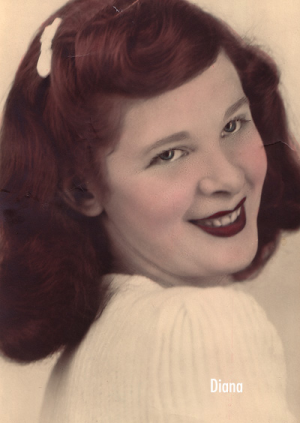 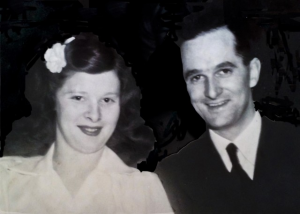 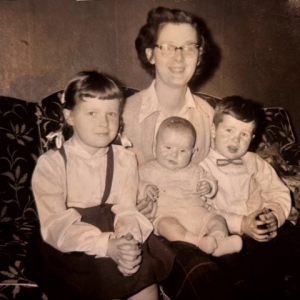 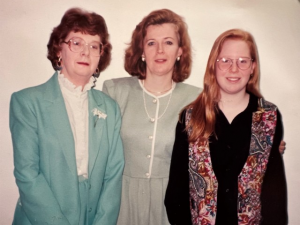 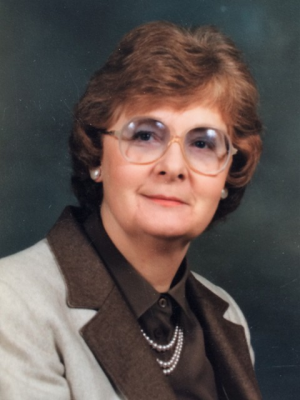 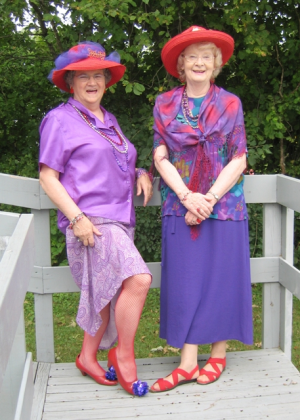 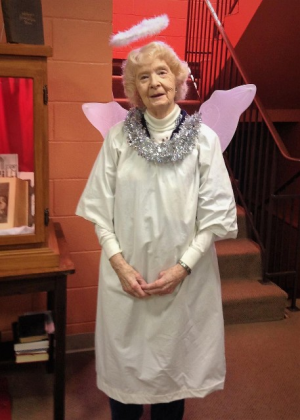 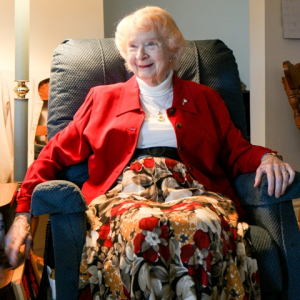 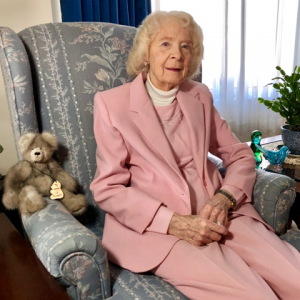