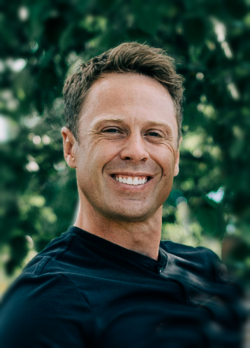 Tyler Louis Van Guelpen, 40, of Saint Andrews, New Brunswick passed away on October 28th, 2021, surrounded by love and support from his family and friends. Tyler was a true warrior during his battle with cancer, always bringing a positive attitude and cheering everyone up around him in his extended fight.

He was born at the Charlotte County Hospital on April 21st, 1981. He is survived by his loving wife, Alison (Ladd), and his proudest accomplishment, his beautiful daughter Bretton, of St. Andrews; parents Louis and Laura Van Guelpen of Chamcook; sister Bethany Van Guelpen and husband Anders Brolin, and dearest nephews Oscar and Erik Brolin Van Guelpen, of Umeå, Sweden; father-in-law and mother-in-law Glenn and Debra Ladd, of Fredericton; brother-in-law Jeremy Ladd of St. John, and godson Luke Henderson of St. Andrews.

Tyler graduated from the University of New Brunswick, Fredericton with his Bachelor of Business Degree, and was a familiar face in the halls of Jones Residence. Upon completion, Tyler made connections around the province with various roles in the pharmaceutical industry as well as lasting impressions during his employment in the Provincial Government. In recent years, Tyler was appreciative of the love and support of his co-workers at his employer Mowi Canada East.

Tyler was always a proud Chamcooker and loved living in the community of Saint Andrews. He was known as someone with a gift to connect with people and form lifelong friendships. Tyler was a man who gave everything and wanted nothing in return. His impact on the community was evident at a fundraiser for his benefit that filled the WC. O’Neill Arena to its greatest capacity in decades.

Although he was extremely modest about his hunting skills, Tyler was an avid and successful hunter who had a reputation for always getting the biggest bucks. He also loved snowmobiling and won multiple trophies with his passion, strength, and determination for the sport. Tyler also loved working out at the gym and pursuing a healthy lifestyle. He was a positive role model and mentor to many youth in the community. Above all else, he was an incredible father who, even during his toughest days, got out of bed to cherish every possible day with his world, his daughter Bretton.

Our appreciation goes to Dr. Luisa Galvis and staff at DECH, Dr. Brian Peer, staff at SJRH and Charlotte County Hospital for their dedication and care.

A Memorial Service will be held at the All-Saints Anglican Church 77 King Street, St Andrews on Wednesday November 3rd at 1pm. A private burial will follow. An open house in honor of Tyler’s life will take place at the Heather Curling Club at 24 Reed Avenue, Saint Andrews from 3:30-7:30pm.

The link for the livestream: https://www.youtube.com/channel/UCCMJRWw3iTp3yc-RQT53GAA

Please be advised, that due to mandatory regulations imposed by the New Brunswick government, everyone 12 years of age and older, must show proof of vaccination or medical exemption certificate and government issued ID to attend the funeral service. Face masks must be worn at all times while in the church.

In lieu of flowers, a trust fund has been established for his daughter Bretton through the Bank of Nova Scotia, Saint Andrews Branch. Condolences may be sent to the family online at www.mehanfuneralhome.ca