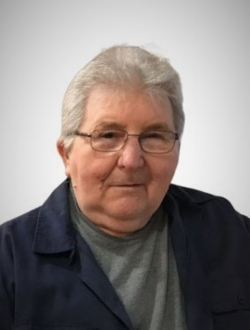 At the Charlotte County Hospital on August 25, 2021, Garry H Rideout’s courageous battle with cancer came to an end.

Garry was born on April 11, 1944, son of the late Marvin and Mary Rideout of Old Ridge. He married the love of his life, Elizabeth "Betty" Ann (Newman) on September. 4, 1965, and together they raised their 4 children at their home on Happy Valley Rd.

Garry was an endlessly patient man with a boisterous laugh, and a tremendous love for his family. He was trained as a mechanic and worked as a "fixer" of many things. He loved farming (hugging his cows), watching wrestling, teasing the grandkids (mustard sandwiches, anyone?), and anything sweet.

A graveside service will be held at a later date.