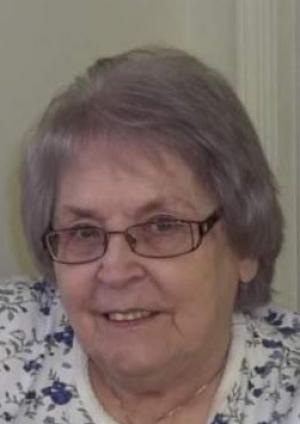 It is with great sadness that we announce the passing of our sweet Mother. Viola Evelyn Wilson, after a long battle with Alzheimer's.

Born on July 4,1940 to George and Mina (McLaughlin) McDougall of Lawrence Station.

Born in Honeydale, NB., she was also known as "Firecracker", and she lived up to that name with her spitfire nature. She was a loving housewife, mother, Gram, Great Gram, daughter, sister, aunt, cousin and friend. Her loves in life were her God, her Husband and her babies. She will also be remembered for her never-ending faith; she wasn't scared to tell you about Jesus and would never back down to those who opposed her faith. She was a member of the Honeydale Pentecostal Church for many years until her sickness would no longer let her attend.

She loved the outdoors. In her younger years she and her older siblings would help gather firewood with their dad, whether it be cutting, loading, or splitting, she even drove the truck at times. She also loved tipping and picking berries. She was on the softball team at Lawrence Station Regional School, where she helped them win many championships, they were undefeated.

In her later years she loved watching her Blue Jays on TV as well as figure skating. She was a great fan of Princess Diana.

Mom was also known for her famous homemade bread, biscuits, and her fried dough (we always called them dogs). She was a great cook and helped cook for the sports who came from Maine every fall for hunting season, when her father was a guide. She was always offering" a cup of tea" and a lunch for anyone who showed up at her door.

In her early sixties, she was. diagnosed with Alzheimer's. She has fought that hard battle since then but never lost her faith. Her prayers. have been answered today for she is finally" going home".

For those who wish, donations in memory of Viola may be made to the Alzheimer Society or a charity of one’s choice. Condolences may be sent to the family online at www.mehanfuneralhome.ca