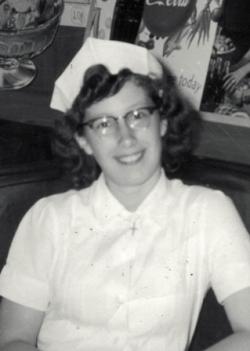 It is with sadness the family of Barbara Clark announce her passing at the Saint John regional Hospital, Saint John, NB. on Wednesday, March 31, 2021.

In addition to her parents, Barbara was predeceased by her husband Elwood, an infant daughter, and brother, Sonny Robar.

At Barbara’s request, there will be no funeral service or visitation held.

For those who wish, donations may be made to the Legion Poppy Fund or a charity of one’s choice.