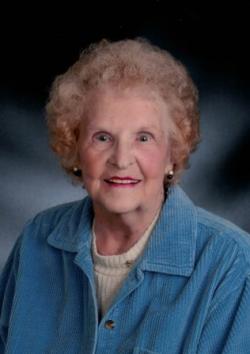 Avis E. Moffitt died peacefully at the Charlotte County Hospital on February 18th with family at her side. Avis was born in Milltown, N. B. on April 19, 1928, the daughter of Alice (Kerr) and Earl Marsh and sister of Melba Bires. She grew up in Upper Mills New Brunswick, going to a one room schoolhouse and then graduating from Milltown high school in 1945, going on starting a career in hairdressing and then married John M. Moffitt in 1950. When her daughter Debbie started school, Avis went to work at the Employment office and then went to work at A.E. Horne and Son. Avis and Johnny moved to Scarborough Maine in 1970. She worked at several places including Portland Motor Sales, (Bay Leasing Division), Willard Daggett fish company, Deer Island lobster company, and McDonald Page all in the bookkeeping, accounting positions, some being in management positions. She worked in Portland area for 14 years and upon return to Canada built a home on St. David Ridge in which she spent many happy years. Her favorite hobbies were knitting, crocheting, embroidery, dancing, especially clog dancing, playing scrabble and cribbage, playing the piano, attending plays, local theatre and Broadway shows, and travelling especially going on cruises.

The link for the livestream: https://youtu.be/JY3csmW9huk

For those who wish, donation in memory of Avis may be made to the Charlotte County Cancer Society, Kirk McColl United Church or a charity of one’s choice.