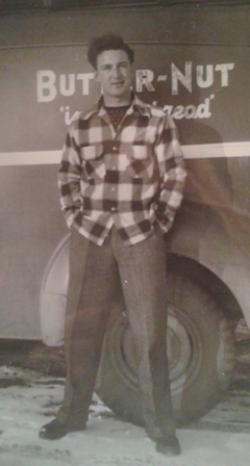 Born in St Stephen, NB., son of the late Kenneth and Margaret Nelson.

Kenneth had a great love for the woods, hunting and fishing and all aspects of nature.

He worked for C.P. Freight for several years and retired from Eastern Bakery after 40 years of service.

In addition to his parents, Kenneth was predeceased by his loving wife, Maxine, sisters: Dorothy and Birdetta, nephew, Michael.

A private family service will be held at a later date.

For those who wish, donations in memory of Kenneth may be made to the red Cross or a charity of one’s choice. Condolences may be sent to the family online at www.mehanfuneralhome.ca

Requested Charity
Red Cross or a Charity of one's choice