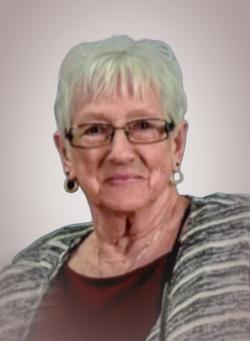 Christine Russell passed away at the Charlotte County Hospital, St Stephen, NB with her daughter by her side on Saturday, February 6, 2021.

Born in Mohannes, NB., daughter of the late Ida Mae and Lloyd Rayner.

In early years Chris worked at Ganong Bros. in the fancy packing room, later at the Budd Avenue Save Easy and Waterson’s Drug Store. She also owned and operated the Starlight Canteen in St. Andrews. From traveling and spending winters in Florida, she had many friends far and wide. She enjoyed music with her brothers and sisters and attending concerts, especially Celtic concerts in Calais.

In addition to her parents, Chris was predeceased by her husband of 66 years, Eugene, son, Peter, four sisters and five brothers.

Due to COVID- 19 regulations, a private family funeral service will be held. Those who wish may view a livestream of the funeral on Saturday, February 13, 2021 at 2 PM.

For those who wish, donations in memory of Christine may be made to the Charlotte County Cancer Society, Charlotte County SPCA or a charity of one’s choice. Condolence may be sent to the family online at www.mehanfuneralhome.ca