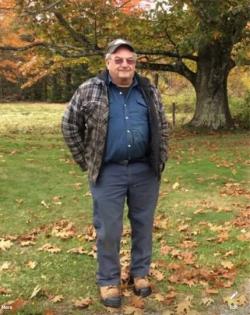 Born in Canoose, NB, son of the late Harry and Willa (Kaine) Hovey.

In addition to his parents, he was predeceased by two brothers: Dale Francis Hovey and Lawrence Harry Hovey.

As a life- long resident of Canoose, NB, he spent 39 years as a school bus driver for School District 10, owned his own business and was an avid farmer and woodsman.

There will be no visitation or funeral as per his request.

For those who wish, donations in memory of Richard may be made to Charlotte County Cancer Society. Condolences may be sent to the family online at www.mehanfuneralhome.ca