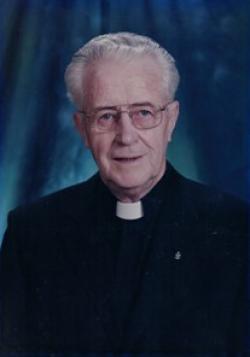 Eric was employed by the Bank of Nova Scotia for many years and retired as the bank manager at the St Stephen branch in 1982. He was also an active and life member of Sussex Lodge #7 F & AM. On June 6, 1985, he was ordained as an Anglican priest

The family would like to express their sincere thanks to his friend and caregiver, Helen Hubley.

In addition to his parents, he was predeceased by his wife, Edna, two sisters and three brothers.

A graveside service will be held at the St. John the Baptist Chapel of Ease Cemetery, Route 127, Chamcook, NB. on Friday, July 24, 2020 at 2 PM. There will be no visitation held.

For those who wish, donations to the Charlotte County SPCA or charity of one’s choice would be appreciated. Condolences may be sent to the family online at www.mehanfuneralhome.ca