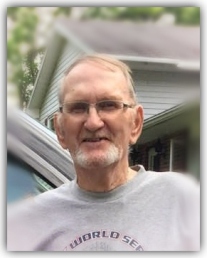 It is with heavy hearts the family of Philip H. Jackson, husband of the late Rosalie (Russell), announce his passing at the CAM Unit at St. Joseph’s Hospital, Saint John, NB. on Wednesday, June 3, 2020.

Born in St. Stephen, NB., son of the late Hazen and Grace Jackson.

Predeceased by one brother Donald, one sister Betty and brother in law Gerald Scott.

He joined the Canadian Army in 1958 and served in the Royal Canadian Corps of Signals.  In October of that year he married Rosalie and started a family.  In 1964 they moved back home to St Stephen where they raised their family.  While in the army he received his Electrical License and spent his life working in many different places as an Electrician.  Later adding Plumbing and Refrigeration to his trades.  At the age of 55 he went to UNB Fredericton and received his teaching degree and became an Electrical Instructor at NBCC St Andrews until retirement.

Papa’s (Pup) greatest joys were his family.  He never missed a birthday party, sporting event, graduation, wedding or whatever was going on, he was always there.  As a young man he played hockey and went on to coach the Bisons in St Stephen.  He spent a lot of time at his camp hunting, fishing, gardening, cutting his own firewood and just hanging out with anyone who stopped in to visit.  He was an active participant in the Charlotte County Relay for Life.  He spent days helping with the set up and walked every year as a survivor until he was unable to attend.  One of his greatest past times was walking to the St Stephen Fire Hall and hanging out with the crew.  For many years he was a member of the St Stephen Legion and enjoyed playing darts there.

Due to government protocol regarding Covid 19, there will be no public visitation or funeral service at this time. A private graveside service will be held a later date.

For those who wish, donations in memory of Phil may be made to Charlotte County Cancer Society, CAM Unit at St. Joseph’s Hospital, or a charity of one’s choice. Condolences may be sent to the family online at www.mehanfuneralhome.ca

Special thanks to Dr John Stewart and Norma Neate, Dr. Scott Bagnall, Lonicera Hall, Lincourt Manor, Charlotte County Hospital and Dr Wilson and staff at the CAM Unit at St Joseph’s Hospital where he ended his journey.  A very special thank you to Charge Nurse Lynda Parks for her kind, compassionate care towards Dad and the family in his final days.

He will be forever missed by his family. Rest in Peace Dad. We love you xo
Requested Charity
Charlotte County Cancer Society, CAM Unit St Joseph's Hospital or a charity of one's choice