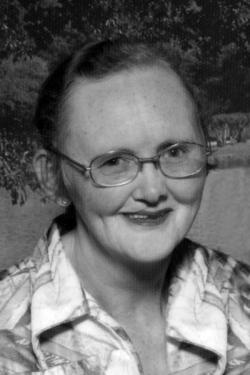 Sylvia Scott passed away peacefully at Lincourt Manor, St. Stephen, on April 27, 2020.  Born on May 30, 1922 in St. Jacques, Newfoundland, she was the daughter of Charles and Lily (Moreton) Williams.  Sylvia was predeceased by her husband, Harry, and eight brothers and sisters.  Always a Newfoundlander, and only grudgingly a Canadian, she and Harry met during the second World War when he was stationed in Newfoundland.  They married and later moved to New Brunswick, settling in Oak Bay in 1948.  More than 60 years of marriage were filled with festivities and celebrations with her five children, their partners, and 12 grandchildren.  She welcomed the births of 25 great grandchildren and her face lit up in the nursing home when she received little visitors.  She leaves behind so many memories of handmade gifts and special occasions that invariably included spectacular meals.  Sylvia loved reading, sewing, knitting, caring for her grandchildren and sharing stories of her past, especially of her early life in Newfoundland.

A member of the Royal Canadian Legion #9 Auxiliary and the Oak Bay United Church Women, she was often busy helping to organize and providing food for special functions.   For years, her amazing homemade rolls were coveted by customers at the St. Andrews Farmers Market.

The family is appreciative of the excellent care provided to Sylvia by the staff of Lincourt Manor for the past 4 years.  In lieu of flowers, a donation to a charity of choice will be appreciated.

A memorial service will be held on a future date to be determined.