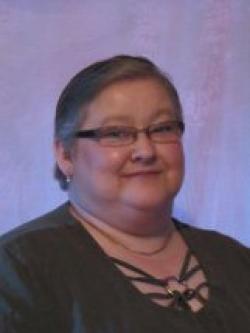 It is with great sadness that we announce the passing of Darlene M. Mann on Tuesday, March 3, 2020 at the Saint John Regional Hospital.

Born  in Hamilton, Ontario, Darlene is pre-deceased by her mother Elaine Parish and father Raymond Gahan.

Although on long term disability when she passed, Darlene previously worked as a Nuclear Power Plant Operator at Point Lepreau Nuclear Generating Station – NB Power since 1990.  She graduated from NBCC with a diploma in Mechanical Engineering Technology – Electromechanical.  Darlene also obtained her 2nd Class Power Engineering ticket.  One of Darlene’s greatest accomplishments was becoming the first woman in the province of New Brunswick to successfully complete the Heavy Equipment Repair Course.

Darlene is survived by her daughter Beckie Morrell (David) of Saint John and her son Joseph Mann of Blacks Harbour.  The lights of Darlene’s life were her two granddaughters, Ashlee Morrell and Emilee Morrell, both of Saint John. Darlene treasured every minute she spent with them and always looked forward to the songs they would sing to her and the stories they would share.

A celebration of Darlene’s life will be held at The S. O. Mehan & Son Funeral Home Ltd., 23 Main Street, St Stephen, NB. on Saturday, March 7, 2020 at 2 PM. Family will receive friends at the funeral home on Saturday from 1-2 PM.

Interment will occur in St. Stephen at a later date.

In lieu of flowers, donations can be made to the Heart & Stroke Foundation or the Canadian Diabetes Foundation.  Condolences may be sent to the family online at www.mehanfuneralhome.ca.