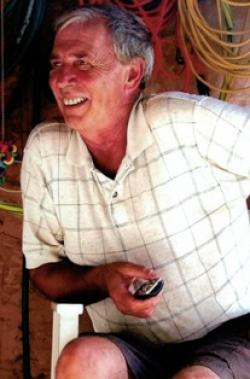 At his residence on Monday, February 24, 2020 Hazen K. Roy passed away peacefully after a short, but courageous battle with cancer.

Hazen had various jobs throughout his work life, including Good Neighbour Drug Mart (where he met the "love of his life"), Unemployment Insurance and Canada Border Services Agency, where he had a 30-year career, retiring in 2010.

Hazen was a lover of all things sports, especially his beloved Toronto Maple Leafs. He also enjoyed spending time with his family and friends.

In addition to his parents, Hazen was predeceased by his son, Jesse, grandson, Hunter, brothers-in-law, Kenny, Ally and Donnie.

For those who wish, donations in Hazen’s memory may be made to the St. Stephen Rural Cemetery or a charity of one’s choice.