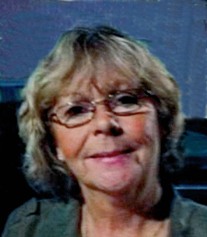 Isabel Mary Bell passed away unexpectedly at her residence in Fredericton, NB on Saturday, September 14, 2019.

In addition to her parents, she was pre-deceased by her sister, Irene Blair and brothers, David Bell and Terry Bell.

For those who wish, remembrances to the New Brunswick Heart and Stroke Society or  a charity of one’s choice would be appreciated by the family.

Condolences may be sent online to www.mehanfuneralhome.ca.