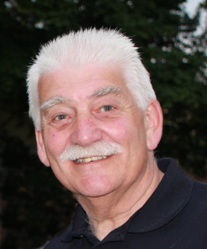 Paul lived an exciting life filled with travel and adventure. His work ranged from pub owner, hotel management, to truck driving all over the world. Paul arrived in Canada from Bahrain during the first Gulf War in 1990, but his love of the Middle East called him back to Dubai, UAE, where he lived with his wife Julie for several years. Paul then returned to British Columbia in 1997, where he stayed for thirteen years before embarking on a new adventure in St. Stephen, NB in 2010.

In keeping with Paul’s wishes, there will be no funeral service held. The family will receive friends at The S.O. Mehan & Son Funeral Home Ltd. 23 Main Street, St. Stephen on Tuesday, July 23rd from 6-8pm.

For those who wish, donations in memory of Paul may be made to the Charlotte County Cancer Society or a charity of one’s choice. Condolences may be sent to the family online at www.mehanfuneralhome.ca