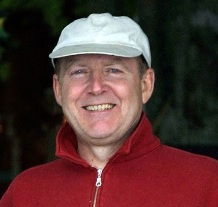 Randall S. White was born on January 26, 1951 to Kenneth and Jacqueline (Clarke) White in St. Stephen, NB. He was predeceased by his parents, his wife, Deborah (Perkins) White, his brother, Ronald White, his sister Barbara Penny, and father-in-law, Leo Perkins.

Randy grew up in St. Stephen, NB, and, like his mother, Jackie, and older brother, Ron, was a Spartan basketball player, alongside lifelong friend Jeff McLeod. He was proud of his time on the court and would fondly recall the Class "L" Provincial Championship win in 1969, his team coached by Al Casey.

Randy met Debbie when he was a 16-year-old basketball player from St. Stephen and she was a cheerleader from Woodland High School. Randy wasn’t often allowed to use the family car, so he spent many weekends hitchhiking to Woodland to visit her. They married and were together for 40 years. He later attended St. Thomas University in the early 1970’s, earning a Bachelor of Arts with a major in Economics, then continued his studies at the University of New Brunswick graduating from the Faculty of Law in 1978.

Randy began his career in Newfoundland with the firm Parsons, Learmonth, Dunne, which sent him to Labrador City where he became a partner of the firm Parsons, Learmonth, Dunne and White. During his practicing years, Randy also worked as a Crown Prosecutor in Harbour Grace, Newfoundland, for a short time before returning to New Brunswick. He practised in Fredericton for a short time then returned to his hometown of St. Stephen where he would become a partner in the firm Nicholson, Turner, Walker and White. Along with his private practice, Randy also worked as a Crown Prosecutor in Charlotte County before retiring from law at the age of 52.

Randy loved playing and watching basketball, bridge, golf, reading historical autobiographies, building his cottage (his first carpentry project, which he completed by getting the directions from a book) with his father-in-law, Leo, and brother-in-law, Doug. His greatest delight, however, came from becoming a grandfather. He would have loved to have been able to cheer each of his grandchildren from the sidelines – with Jessica on the rugby field, Emma on stage and Ben on the basketball court, like his grandfather.

Thanks to his excellent caregivers over the last 11 years, Randy has been able to live life to the fullest possible through each stage of his disease. From the many people at Charlotte County Home Support who helped him when he was still at home, to the wonderful care he received from Pro-Team in Moncton and finally, the incredible staff at Lincourt Manor, your kindness has been overwhelming. Our family cannot express how grateful we have been.

For those who wish, donations in memory of Randy may be made to the SSHS Alumni Scholarship facilitated by Fundy Community Foundation or to the Alzheimer Society of New Brunswick.

Condolences may be sent online to www.mehanfuneralhome.ca