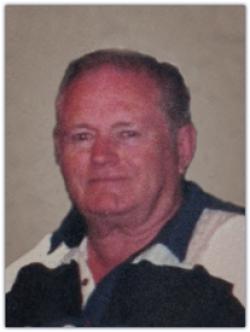 Kenneth B. McVay, 80, passed away peacefully at the Charlotte County Hospital, St Stephen, NB. On Friday, July 12, 2019 from cancer.

He was born in St. Stephen, NB. on November 11, 1938, son of the late Bernard and Alice (Smith) McVay. He was employed at Ganong Brothers in his younger years until he attended barber school in Moncton, NB. Upon his return to St. Stephen, he worked as an apprentice at Embleton's Barber Shop until he opened McVay's Barber Shop on King Street in St. Stephen.

Ken was predeceased by his brother, Allen and his wife, Linda, several aunts and uncles.

By his request there will be no visitation or memorial service.

For those who wish, donations in Ken's memory may be made to a charity of one's choice. Condolences may be sent to the family online at www.mehanfuneralhome.ca