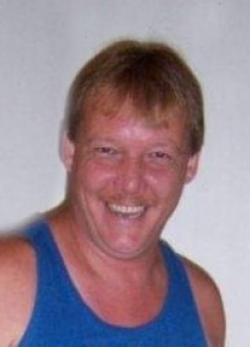 The family of the late Shawn Nicholas Roberts of Utopia, NB (AKA THE TIRE MAN) would sadly like to announce his passing. Shawn was born on June 5th, 1975 and bravely lost his three-year battle with cancer on July 4th, 2019 at the Charlotte County Hospital, St. Stephen, NB surrounded by his loving family.

Shawn was self-employed in Utopia for several years.

Predeceased by his loving mother, Ruby Dickinson and his grandmother, Ellen Dickinson.

For those who wish, donations may be made to a living memorial in care of The S.O. Mehan & Son Funeral Home Ltd. (506-466-1844) Condolences may be sent to the family online at www.mehanfuneralhome.ca