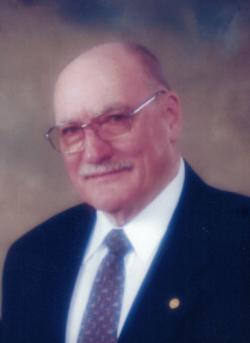 Lloyd R. McDonald passed away unexpectedly in Ottawa, ON on Tuesday, June 11, 2019.

Lloyd was born in South Hampton, NB; he was the son of the late John D. and Mary J. (Scott) McDonald.

At a young age the family moved to Moores Mills, NB, where Lloyd was educated in local schools, graduating from St. Stephen High School in 1949. Lloyd also graduated from M.T. Crabbe Business College and Maritime Forest Ranger School before embarking on a lifetime career in the Canadian military. Lloyd served in the Royal Canadian Air Force, the Royal Canadian Army Services Corps and the Canadian Armed Forces as a pilot until 1989. Lloyd continued to serve his country in Public Service with the Department of National Defense before retiring from the work force in 1995.

Lloyd is survived by his wife of 64 years, Louise (Leavitt) McDonald of Ottawa, ON, two sons, John (Colleen) of Ottawa, ON and Brian (Cindy) of Calgary, AB, three grandsons, two great-grandchildren, one sister, Karlene Mehan of St. Stephen, NB, niece, nephews and cousins.

In keeping with Lloyd's wishes, there will be no funeral service or visitation held. For those who wish condolences may be sent to the family in care of www.mehanfuneralhome.ca