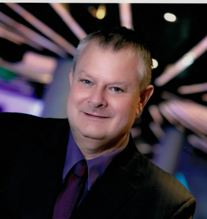 It is with profound sadness we announce the death of Peter Warren Russell. Peter passed away peacefully at the Charlotte County Hospital, St. Stephen, NB on Friday, May 24, 2019 with his family by his side.

Born in St. Stephen, Peter was the son of Christine (Rayner) Russell and the late Eugene Russell.

For those who wish, in lieu of flowers, remembrances to Union St. Atlantic Baptist Church Building Fund, the Charlotte County Cancer Society, or a charity of one's choice would be appreciated. Online condolences may be made at www.mehanfuneralhome.ca