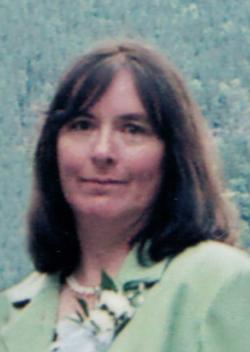 It is with great sadness, we announce the passing of Mrs. Marion "Mary" Diane Merchant of Heathland N.B., who passed away peacefully on Thursday April 25th at the Charlotte County Hospital.

Mary was born August 18, 1961 in St. Stephen N.B daughter of the late Elsie and John Oliver.

Mary met the love of her life, Steven at the young at of 17 whom she married later in life. They lived in Toronto before moving to home in Heathland where they raised their family.

Mary was a homemaker most of her life where she took care of her beloved children. When Mary did work you could find her raking blueberries, digging clams, as well as, tipping. Mary enjoyed spending time with family, listening to all sorts of music, she especially loved listening to Shania Twain. Mary loved to yodel when she could get the chance and loved her Ice Capps from Tim Hortons. She also enjoyed running the roads whenever possible.

Family and friends are invited to a reception at Mary's home in Heathland following the interment.

For those who wish to make donations in memory of Mary, remembrances to the Heart and Stroke Foundation or a charity of one's choice would be appreciated.

The family would like to extend a special thank you to 5A North and 4 C North doctors and nurses for all that you did and the care you showed both Mary and her family during her stay there.