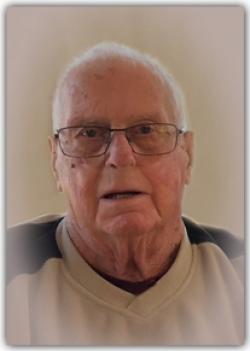 Charles, born on January 3, 1933 in St. Stephen, NB, was the son of the late Gerald and Alice (Milbery) Gilman. In addition to his parents he was predeceased by his brother Lloyd Gilman, sister Shirley Ashley Johnson and great-grandson Gavyn Charles Fraser.

Charles is survived by his partner Marilyn Rollins of Saint Andrews; his children and their families Michael Gilman (Virginia) of Moores Mills, Brian Gilman (Imelda) of Quispamsis and Jason Gilman (Tina) of Saint John; his step-children and their families Shari Cardiff(Barry) of Mission BC and Derek Rollins(Linda) of Vancouver BC; his grandchildren Gwyneth Fraser(Joe) of St Stephen and Kenneth Gilman of Quispamsis; his great-granddaughter Bridget Fraser of St Stephen; and his step-grandchildren Calvin Cardiff and Kiah Cardiff of Mission BC and Noel Rollins of Vancouver BC as well as many cousins, nieces and nephews of his extended family.

Charles worked for NB Tel in Saint John for over 30 years in the motor vehicle maintenance group after initially working for J Clark & Son in St Stephen. Charles spent his retirement years living in the community of Saint Andrews and where he enjoyed walking the beaches with his dog Shorty.

A special thank you to the Floor Two team at Charlotte County Hospital for their care when Charles spent a good portion of 2018 with them prior to moving to Passamaquoddy Lodge in Saint Andrews last December.

In keeping with Charles wishes, there will be no visitation or funeral service. Remembrances in memory of Charles may be made to Diabetes Canada or any charity of choice.