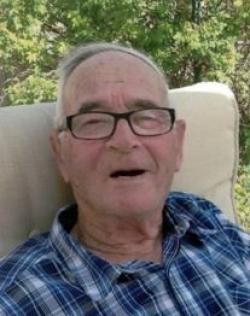 It is with great sadness that we announce the passing of Russell Alexander Swan on February 5, 2019.

Russell will also be greatly missed by his brother, Leroy (Shirley) and five sisters; Annie, Beryl (Wayne), Charlotte, Aldana (Tommy) and Betty. Russell was an avid outdoorsman who loved hunting, fishing and doing firewood. He worked on the Canadian Pacific Railway until retirement and was a dedicated volunteer firefighter for 39 years. He was also a faithful member of the United Pentecostal Church of McAdam. Russell loved his friends, family and spending time with his grandchildren.

Funeral service will be held at the Voice of Pentecost Church in McAdam on Saturday, February 9, 2019 at 2 PM.

Visitation will be held at the church on Saturday from 11 until 2 PM.

For those who wish, donations in memory of Russell may be made to a charity of one's choice.