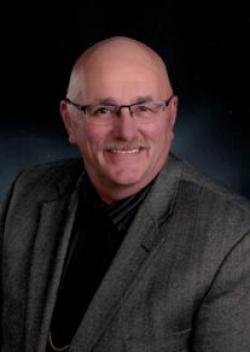 It is with broken hearts that we announce the passing of Philip Douglas Hartford on January 28, 2019 at the Charlotte County Hospital, surrounded by his loving family.

After graduating from St. Thomas University, Phil began a 33.5 year career with Service Canada. He was an active member of his community and served three terms on town council. After retiring, Phil enjoyed his daily "coffee break" with the boys, trips to the camp for Skeet Shooting and spending time with his family. Being a Mason was a source of great pride for Phil, having joined Victoria Lodge #26 in 1980. He was active in the Grand Lodge of New Brunswick, including having been appointed District Deputy Grand Master. Phil was also a Noble of Luxor Shrine and a drummer for the Luxor Flag Unit. Phil was a devoted family man and put those he loved before all else.Of his many accomplishments in life, earning the title of "Grampy" was by far his favourite.

Words cannot express our gratitude for the staff at the Charlotte County and Saint John Regional hospitals. The care and compassion he received were unparalleled and will never be forgotten.

In lieu of flowers, donations may be made in Phil's memory to the Luxor Shriners, Charlotte County Cancer Society or a charity of one's choice.