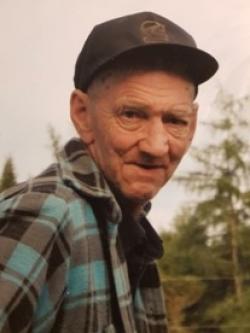 Keith Wendell McCrum passed away peacefully with his family by his side, at Lincourt Manor, St. Stephen, NB. on Tuesday, December 18, 2018.

Born in Rolling Dam, NB., son of the late Alfred and Ada Mae (Hall) McCrum. Keith lived in Clarence Ridge his entire life and worked for many years at Fundy Construction until his retirement in 2002.

In addition to his parents, he was predeceased by his daughter, Marina, two brothers and six sisters.

Visiting hours will be held at the funeral home on Friday, December 21 from 7-9 PM and Saturday from 1-2 PM.

Thank you to the staff at Charlotte County Hospital for his care and Lincourt Manor for helping him to pass peacefully.