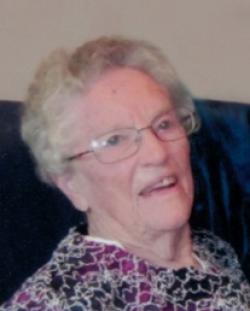 Born in New Mexico U.SA., daughter of late Charles and Marion Chapman, she grew up in Amherst N.S. and trained as a nurse in Aberdeen Hospital, New Glasgow N.S., graduating in 1937.

In keeping with Marion's wishes, there will be no funeral service or visitation held.

For those who wish, remembrances to a charity of one's choice would be appreciated. Condolences may be sent to the family online at www,mehanfuneralhome.ca