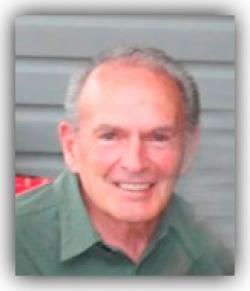 It is with great sadness that the family of Jerome'Jerry' Manuel announces his passing on Wednesday, August 29, 2018 at the Saint John Regional Hospital at the age of 78 years.

Jerry will be lovingly remembered by his wife of 54 years Joan (Francis), his children, Beth Blanchard (Marc) and Ron (Lisa), his precious grandchildren: Meghan, Connor, Sophie and Kate, and his brother and best friend Al (Janet).

Jerry truly loved his profession as a biology teacher at SSHS for over 30 years. Sitting on his front porch in his 'B' cap listening to the Red Sox was where Jerry could be found on nice evenings, always with a wave or a chat to passersby. Most of all, Jerry loved his family, especially his grandchildren who were the light of his life and he will live in their hearts forever.

In keeping with Jerry's wishes, there will be no funeral service.

Family, friends, former students and others whose lives Jerry touched are invited to The S.O. Mehan and Son Funeral Home Ltd., 23 Main Street, St. Stephen, NB. on Sunday September 2, 2018 from 1-5 pm to drop in and share stories and memories.

For those who wish, remembrances to the IWK or a charity of one's choice would be appreciated.

In recognition of the altruistic manner by which Jerry lived his life, the family requests performances of random acts of kindness for those in need. 'How lucky am I to have had something that makes saying goodbye so hard' ---- Winnie the Pooh