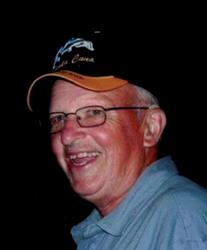 In addition to his father, he is predeceased by his brothers: William, Daniel, Peter and his sister, Cynthia.

The family will receive friends at the funeral home from 3-4 PM. For those who wish, in lieu of flowers, the family would appreciate donations in Tony's memory to the IWK Children's Hospital or a charity of one's choice.