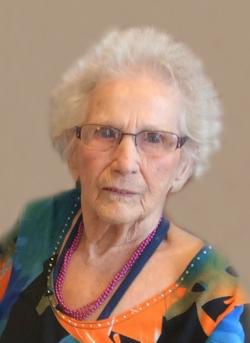 Born in Cloverdale, NB, daughter of the late Chester and Agnes (Clendenning) Wallace.

In addition to her parents, she is pre-deceased by her husband, Reino Sarky, son, Calvin Brennan, two brothers, one sister, her first husband, Ernest ""Peck"" Brennan.

A graveside service will be held at Rockland Cemetery, McAdam, NB. at a later date.

For those who wish, remembrances to the Rockland Drive United Baptist Church or a charity of one's choice would be appreciated by the family.