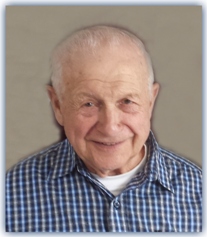 It is with profound sadness that the family of Lester Losier announces his passing at the Saint John Regional Hospital, June 11th surrounded by his family.

Dad moved to St. Stephen with his family when he was five. Dad had many jobs throughout his career - Ganongs, Nickel Mine, Boat Building, Flakeboard, Tuna Plant, working in Ontario and then he started working towards his pipefitting license. This trade took him to many job sites and shutdowns all over NB. He made many friends and connections throughout his pipefitting career. Dad enjoyed his working career but equally enjoyed his 25 years of retirement. He liked to keep busy, but his main passion was fishing, followed by hunting and gardening. Dad had a Xmas tree woodlot that kept him busy for many years also. It was only in the last three years when dad's health started to deteriorate that he had to cut back on these activities.

A funeral service will be held at the St. Stephen's Roman Catholic Church, Milltown Blvd., St. Stephen NB on Saturday' June 16, 2018 at 11 AM., followed by a reception at the St. Patrick's Hall.

There will be no visitation held. For those who wish, in lieu of flowers, memorials can be made to the Milltown Catholic Cemetery Fund or to a charity of one's choice.

Condolences can be sent to the family online at www.mehanfuneralhome.ca