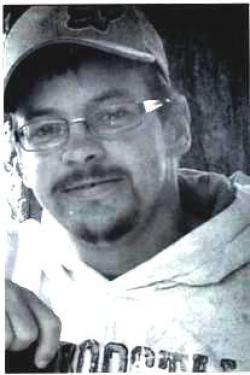 Corey was the son of Raymond Leavitt(Val) and Callie Little(George).

Corey was a hard worker, formerly employed with Ganong's and Cooke Aquaculture in the past. Corey worked hard at everything he did. He was a problem solver who often took on difficult and unwanted projects at work or at home, and 99.9% of the time, he fixed whatever it was he was doing. He would try to fix anything. Always there to lend a helping hand, sometimes placing himself in harms way. Corey loved hunting and fishing, always ready whenever anyone called and asked if he wanted to go fishing or hunting. In the fall the family camp is where he wanted to be, as he called it Leavitt Ville. He enjoyed many years of camping with family and friends. Racing was another joy of his. Nascar #88 always ruled. #88 was his all time favourite driver. Started at #8 and he followed through with the same driver. Always knew where he would be on race days at home watching the race. He was a devoted father who loved and cherished his son, Keenan. Keenan meant the world to him. He was always a devoted father, son, brother, uncle and loved his family. He will be greatly missed by all who knew him and will be forever loved. We all love you Corky.

Resting at The S.O. Mehan and Son Funeral Home Ltd. 23 Main Street St. Stephen, NB from where funeral service will be held Tuesday May 29,2018 at 2 PM with Pastor Jody MacBeth officiating.

Family will receive friends at the funeral Monday evening 7-9PM.

For those who wish in lieu of flowers remembrances to Diabetes Canada would be appreciated by the family.

Messages of condolence for the family may be sent online to www.mehanfuneralhome.ca Funeral arrangements in care of The S.O. Mehan & Son Funeral Home Ltd., 23 Main St., St. Stephen, NB