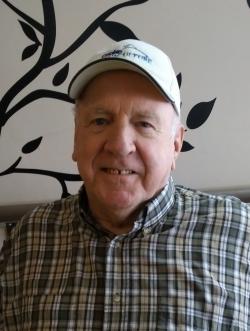 It is with great sadness that the family of Robert Eugene Young announces his passing which occurred at the Charlotte County Hospital on Wednesday, April 11, 2018.

Born in Marysville, New Brunswick on August 6, 1938, he was the son of the late Vincent and Dorothy (Burlock) Young.

In addition to his parents, he is predeceased by his son, Ricky Young, his brother, Vincent Jr., and his son-in-law Peter Caswell.

Bob was a good-hearted man who managed Downey Sales & Services in St. Stephen for many years and retired after 38 years. The family would like to thank the local community who supported Bob during all those years.

Bob and Lona enjoyed raising their large family and they had many years of trips on his Goldwing motorcycle, downhill skiing and driving his 1977 Ford LTD II Sport. In later years he enjoyed driving his ride on lawn mower to keep their lawn to perfection.

The family would like to thank the staff at Campobello Lodge for their compassionate care for Bob during the past year.

For those who wish, in lieu of flowers, the family would sincerely appreciate donations being made to the Alzheimer Society of New Brunswick, Campobello Lodge Nursing Home - Community Garden or a charity of one's choice.