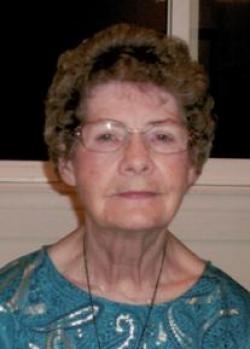 Mary was very devoted to her family, which was shown by her genuine interest in them and their children. She also had the gift of compassion , which left its mark on many people. Even though her life was difficult, she had a great sense of humour and was a wonderful listener. She was an avid reader and had a real thirst for knowledge. Mary was a devout Catholic and found great comfort in her faith.

In addition to her parents, Mary is predeceased by two sisters, Anne Ryan and Jane Carr and one brother, Richard.

Mass of Christian Burial will be celebrated at the Holy Rosary Roman catholic Church, Union Street, St. Stephen, NB. on Wednesday, May 9, 2018 at 11 AM.

For those who wish remembrances to the Holy Rosary Roman Catholic Church or a charity of one's choice would be appreciated.