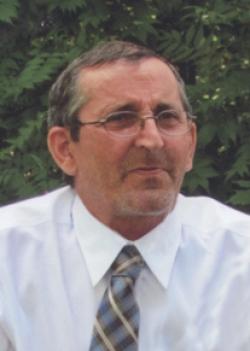 At his residence with family at his side,Sunday, September 3, 2017, Allen Robert MacMillan of Oak Bay NB. passed away.

Allen graduated from St. Stephen High School Class of 1971. In 1972 he began his 40 plus years of employment with Flakeboard Company Ltd. where he worked several different areas as Foreman and Department Head of Finish Products. An avid pool player, Allen managed Sharks Pool Hall in his teens and enjoyed shooting pool at Dooly's until his health no longer allowed him. Allen was also a member of St. Stephen Curling Club and St. Stephen Golf Club.

Resting at The S.O. Mehan and Son Funeral Home Ltd. from where funeral service will be held on Friday, September 8, 2017 at 2 PM.

Family will receive friends at the funeral home on Thursday, September 7, 2017 from 7-9 PM.

For those who wish, in lieu of flowers, remembrances a charity of one's choice would be appreciated.