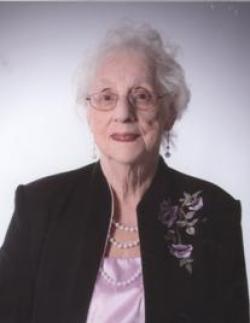 She was born in Meredith Settlement, NB., daughter of the late Herbert Ambrose and Laura Jean (Brown) Blakley.