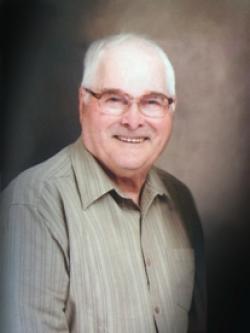 Bill Dicks passed away peacefully on Saturday, August 26, 2017 with his wife and family by his side at Ridgewood Veteran's Hospital, Saint John, NB.

Bill was born in Harbour Buffett, Newfoundland on January 21, 1926. Son of William and Edith (Hann) Dicks, he was the last remaining member of his family.

Bill will always be remembered for his dry sense of humour, nice smile and willingness to help others.

Bill was a World War II veteran, Newfoundland Regiment, Great Britain. He served mainly in Italy and discharged October 1945. Bill was an avid outdoorsman. Fishing and hunting was his passion. He had been a welder at the Saint John Dry Dock for 12 years before his retirement.

For those who wish, in lieu of flowers, remembrances to the Heart and Stroke Foundation or a charity of one's choice would be appreciated.

The family wishes to extend their heartfelt gratitude and appreciation to all the staff of the Ridgewood Veterans Hospital over the past year and a half.