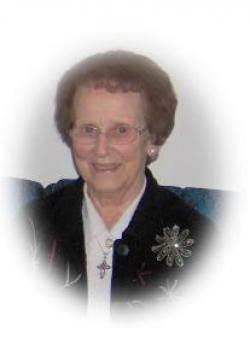 Born in McAdam, NB., daughter of the late James and Agnes (Clarkson) Griffiths.

In addition to her husband and parents, she was predeceased by seven brothers and sisters, one grandson.

Funeral service will be held at the Rockland Drive United Baptist Church, McAdam, NB. on Sunday, August 20, 2017 at 2 pm.