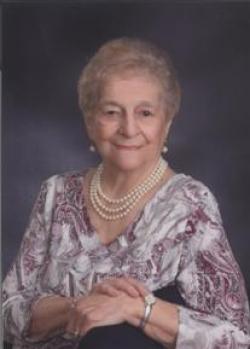 Born in England, she was a daughter of the late Harold Lewis and Florence Emily (Coppins) French.

For those who wish, remembrances to St. Stephen's Roman Catholic Church or a charity of one's choice would be appreciated by the family.