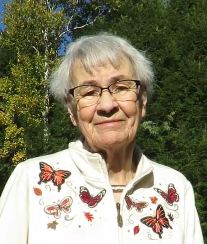 Born in Harmony, PEI, to the late George and Janie (MacDonald) (Kaine) Yeo, she was also a stepdaughter to the late Fred Kaine of McAdam, NB. She is the last surviving member of her family.

Following the death of her father in 1940, she moved to St. Croix, NB, with her mother, sisters, and brothers. She then resided in McAdam until 2001, St Stephen, NB until 2016, then spent her remaining year at the St Stephen Seniors Complex in Old Ridge, NB, embraced by a loving community.

At Rena's request, family flowers only.

Remembrances, if desired, can be directed to the Charlotte County Dial A Ride http://charlottedial-a-ride.com/ (506-466-4444) in St. Stephen, NB, who provided an invaluable service to her during her years in St Stephen, or a charity of ones choice would be appreciated.

On-line condolences and remembrances to the family may be sent to www.mehanfuneralhome.ca.