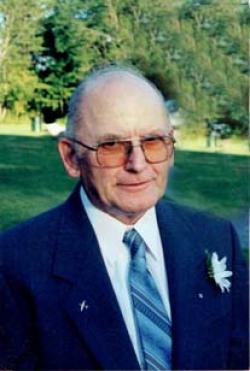 DOUGLAS- It is with great sadness and heavy hearts, the passing of our Dad. George Noel Douglas, of Milltown, NB. at the Charlotte County Hospital, St, Stephen, NB., March 25, 2017.

A graveside service will be held at the St. Stephen Rural Cemetery, St. Stephen, NB on Wednesday March 29, 2017 at 2 Pm.

For those who wish, remembrances to Heart and Stroke Foundation of New Brunswick or charity of one's choice would be appreciated by the family.

Online condolences for the family may be sent to www.mehanfuneralhome.ca

Tiller of the Soil ""He that tilleth his land, shall have plenty of bread.....a faithful man shall abound with blessings"" Proverbs 28:19,20all