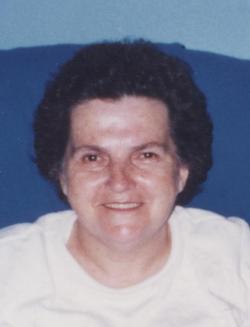 Predeceased by her parents, husband, 7 sisters and 5 brothers.

Interment at Milltown Roman Catholic Cemetery at a later date.

For those who wish in lieu of flowers remembrances to Alzheimer Society or the charity of ones choice would be appreciated by the family.